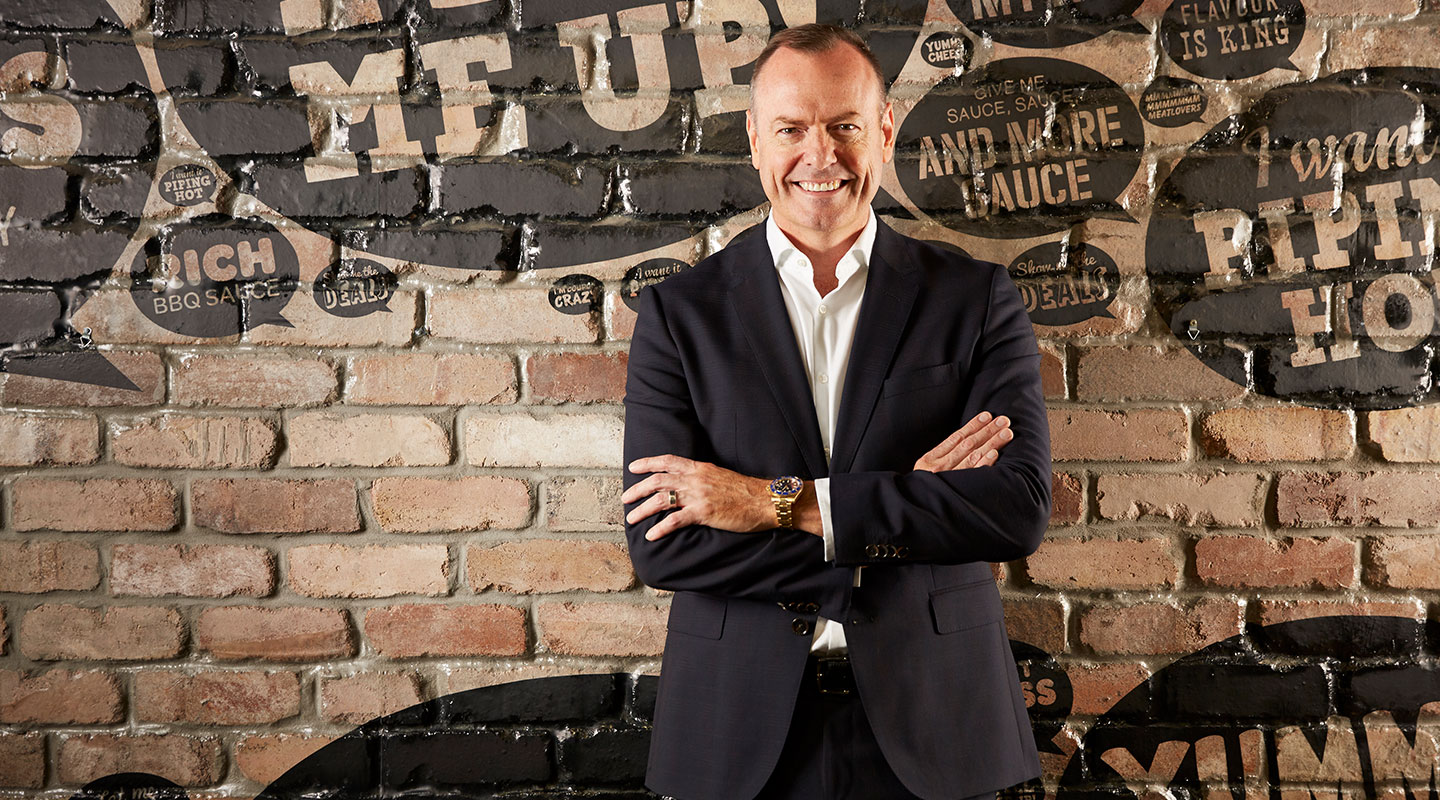 In this session, Don will cover:

This session will be followed by a short Q&A with Don and a networking opportunity where light refreshments will be provided.

From pizza delivery driver to pizza store entrepreneur, to Group CEO and Managing Director of Australia’s largest and first publicly-listed pizza chain, Don Meij has proven he has the recipe for success with passion, hard work, and dedication the main ingredients. After commencing as a pizza delivery driver in 1987 in Redcliffe, Queensland, for Silvio’s Dial-a-Pizza (Silvio’s) while studying to be a high school teacher, Don fell in love with the business and has since worked his way up the ranks.

By 1996 Don took the plunge and bought his first franchise in what is now Domino’s at Morayfield, Caboolture – which went on to become the second busiest store on the planet in its first year. Don went on to build a network of 17 stores, before vending his stores into Domino’s, becoming Chief Operating Officer (2001), and then Group Chief Executive Officer (2002). In May 2005, Don led Domino’s to become Australia’s first publicly-listed pizza chain on the ASX.

Domino’s Pizza Enterprise Limited (DPE) is now the largest master franchise in the world and owns and operates more than 2,700 stores in Australia, New Zealand, Belgium, France, The Netherlands, Japan, Germany, Luxembourg, and Denmark and employs more than 82,000 team members in nine markets. Don has always held a deep passion for innovation and entrepreneurialism and through his leadership and commitment, Domino’s has launched many world-first initiatives in the technology and digital innovation space.

Examples include Domino’s GPS Driver Tracker technology that allows customers to track pizza from the store to the door, the launch of autonomous pizza delivery vehicles and drones, and DOM Pizza Checker, which uses artificial intelligence to improve the quality and consistency of pizzas.

Don passionately believes businesses must disrupt, or be disrupted, and is now leading the Company’s investment in machine learning and artificial intelligence, meeting demand from more customers than ever before who want to engage with businesses online. All of Domino’s innovation work aims to answer one simple question: How can we make this experience better for our customers and keep them coming back for more?

Don has won many industry awards including; Brisbane Lord Mayor’s Channel 7 Business Person of the Year Awards 2015, The Ernst & Young Australian Young Entrepreneur of the Year 2004, Australian Institute of Management (AIM) Professional Manager of the Year 2004 (QLD) and the 2002 QLD Retail Franchise.

Don’s international Domino’s awards include Pizza International Manager of the Year in 1996 and Chairman’s Award for Outstanding Leadership in the Domino’s worldwide network in 2004. In 2016, Don was listed No. 4 on Business Insider’s list of 100 Coolest People in Australian Tech, and Domino’s was named No. 20 on Forbes’ Most Innovative Growth Companies list. In 2017, Don celebrated 30 years with Domino’s which today, is the market leader in most of the countries in which it operates.

In 2018 under Don’s leadership, Domino’s was inducted into Queensland Business Leaders Hall of Fame in recognition of its remarkable national and international success in the food industry, resulting in pizza market leadership in seven countries through Don Meij’s outstanding leadership and disruptive innovation. The Queensland Business Leaders Hall of Fame was established by QUT Business School, State Library of Queensland, and the Queensland Library Foundation to recognise the public contribution made by leaders of business to the reputation of Queensland and its economic and social development.

In 2019, Don united all DPE markets behind one purpose – to bring people closer through the world’s best bonding food: pizza. In this divided world, Domino’s is determined to break down the barriers between customers, and the food they love to share – offering something for everyone from meat lovers, to vegetarians and vegans, so everyone can share in the joy of pizza.

In 2020, under Don’s leadership, Domino’s helped feed the global frontline – donating more than 200,000 safe, hot meals to men and women on the frontline of the COVID-19 pandemic including teachers, supermarket teams, supply chain workers, emergency services, health services, police and those most vulnerable in our communities, including the elderly and homeless, as a small token of appreciation for their ongoing commitment and support. In addition, DPE purchased more than 15.5 million items of PPE and other safety equipment to keep team members safe and employed more than 65,000 out of work around the world.

The story of Domino’s and the dedication and commitment from Don will continue to evolve well into the next decade.

Getting to the Brisbane Business Hub:

The Brisbane Business Hub is located at Level 2, 155 Queen Street, Brisbane. The Hub is very accessible via public transport and parking is conveniently located at King George Square with Brisbane City Council offering a special evening price of $5 if you enter after 4:30pm and depart before midnight. More information can be found here.